« Back to HTP World Have Your Say « Older Entry | Newer Entry » 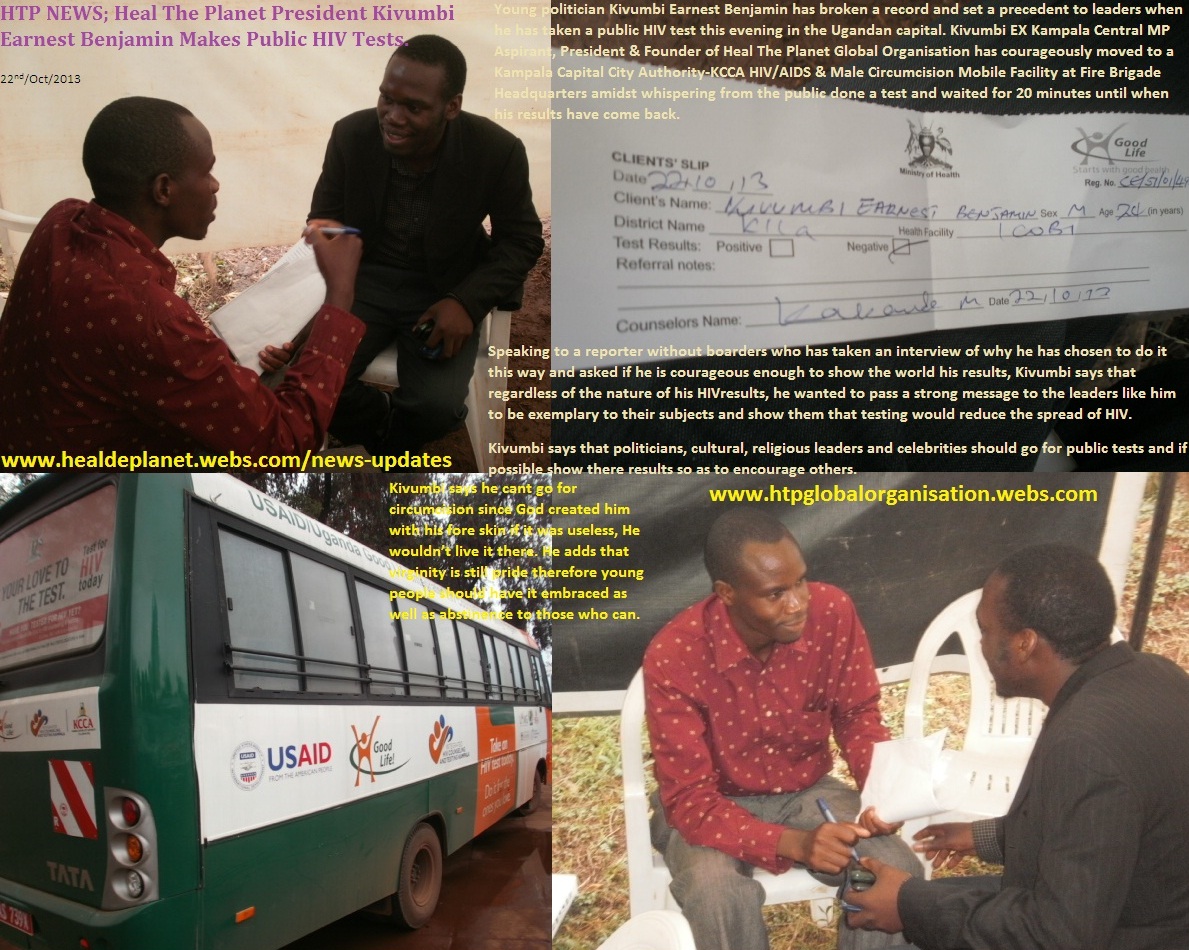 Young politician Kivumbi Earnest Benjamin has broken a record and set a precedent to leaders when he has taken a public HIV test this evening in the Ugandan capital. Kivumbi EX Kampala Central MP Aspirant, President & Founder of Heal The Planet Global Organisation has courageously moved to a Kampala Capital City Authority-KCCA HIV/AIDS & Male Circumcision Mobile Facility at Fire Brigade Headquarters amidst whispering from the public done a test and waited for 20 minutes until when his results have come back.

Speaking to a reporter without boarders who has taken an interview of why he has chosen to do it this way and asked if he is courageous enough to show the world his results, Kivumbi says that regardless of the nature of his HIVresults, he wanted to pass a strong message to the leaders like him to be exemplary to their subjects and show them that testing would reduce the spread of HIV.

Kivumbi says that politicians, cultural, religious leaders and celebrities should go for public tests and if possible show there results so as to encourage others.

Kivumbi says he cant go for circumcision since God created him with his fore skin if it was useless, He wouldn’t live it there. He adds that virginity is still pride therefore young people should have it embraced as well as abstinence to those who can.

Oops, you forgot something.

The words you entered did not match the given text. Please try again.